The goal of my project was to increase the significance of the semi-leptonic double higgs channel. In 2012 we were able to experimentally prove the existence of the higgs particle. Since then we have been trying to verify that its interactions with the other particles in the standard model match what our theory predicts. This has been very successful and we now have tight experimental bounds on many of the couplings between the higgs and other particles in the standard model. However, we do not have tight experimental bounds on the higgs self-coupling term. It is important to experimentally determine the higgs self-coupling both to test standard model predictions and also because this term is important to electroweak symmetry breaking. Electroweak symmetry breaking has important consequences for the origin of matter in the universe.

To experimentally determine the higgs self-coupling, we first have to be able to identify double higgs events at the Large Hadron Collider. This is difficult however because the primary decay channel of the double higgs suffers from an enormous background process originating from ttbar. We studied one of these decay branches where both ttbar and hh decay into the semi-leptonic branch with final decay products of two b-quarks, two light quarks (up, down, charm, strange), 1 lepton, and 1 neutrino.

Fig.1. On the left is a semi-leptonic double higgs decay. On the right is a ttbar semi-leptonic decay. One can see that the final products of the decay are identical for both decays.

Since all the decay products which are actually detected by CMS are the same for the signal and the background we must rely on a wide suite of kinematic variables to differentiate between the two processes. For example this might be the angle between the two b-quarks, which is generally small for hh and large for ttbar. The goal is to combine all of the differences in these kinematic variables together to genearlly determine what is a double higgs event and what is a ttbar event. This channel has historically been considered extremely difficult to work with and generally results in negligible significance when compared to other double higgs modes. We simulated the proton-proton collisions at the HL-LHC, then simulated the CMS detector's response to these events and extracted the kinematics variables. We then took this information and fed it into a neural network to separate the signal from the background.

Fig. 3. The next two new kinematic variables drlb1 and drlb2 measure the angle between the lepton and the two b-jets individually. We see that for the background one of the b-jets is travelling in the same direction as the lepton and the other is moving the opposite direction. For the signal we see that both b-jets are generally moving opposite the lepton. This also shows promising separation though not as much as drlj1 and drlj2. 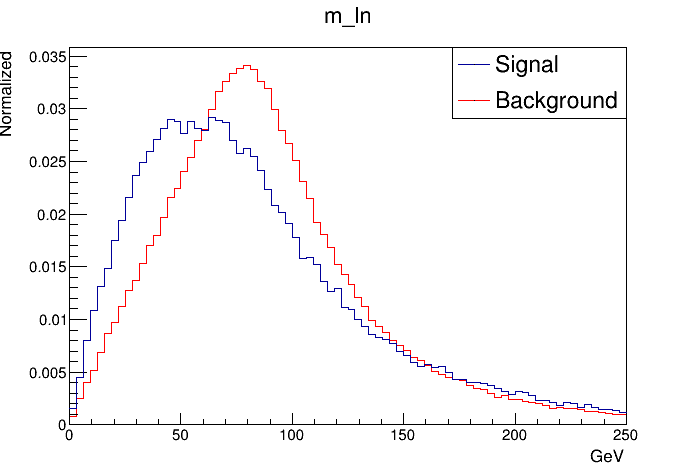 Fig. 4: This variable mln shows the difference in invariant mass of the lepton-neutrino system between the signal and background if the z momentum of the neutrino is reconstructed on the hypothesis that it came from a double higgs. 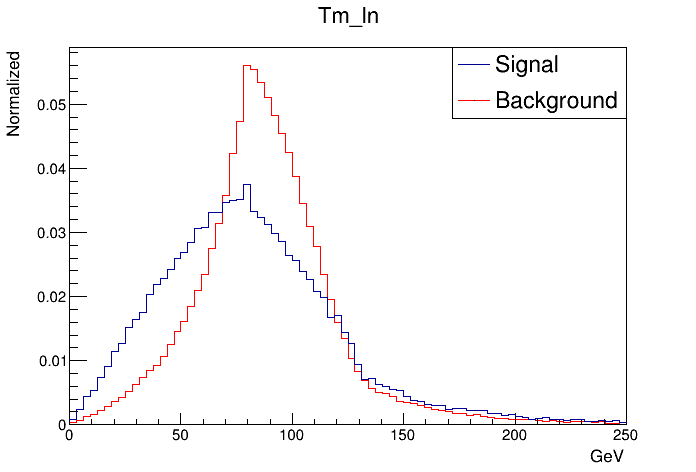 Fig. 5: This variable Tmln shows the difference in invariant mass of the lepton-neutrino system between the signal and background if the z momentum of the neutrino is reconstructed on the hypothesis that it came from a ttbar. 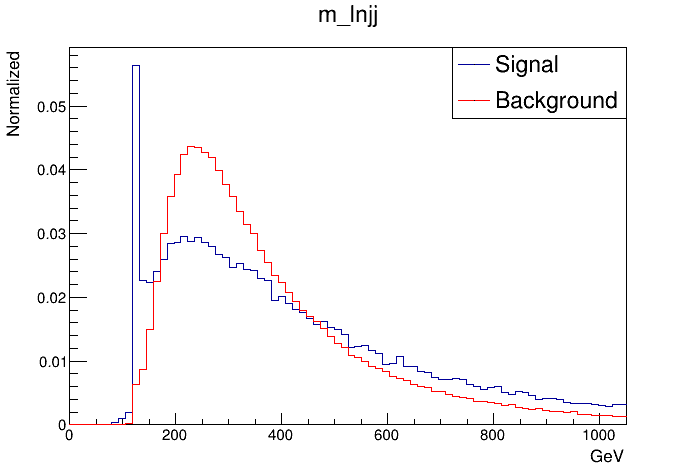 Fig. 6: This variable mlnjj shows the difference in invariant mass of the lepton, neutrino, and two light jet system between the signal and background if the z momentum of the neutrino is reconstructed on the hypothesis that it came from a double Higgs.