Mu2e is an experiment set to run at Fermilab National Accelerator Laboratory that will look for a charged lepton flavor violating process known as a muon to electron conversion. This is a process in which a muon decays in the field of a nucleus into an electron without the production of the neutrinos typically seen in the free muon decay. The conversion electron is monoenergetic with an energy of 104.97 MeV [1], but there are several background processes that can produce electrons with similar energies. 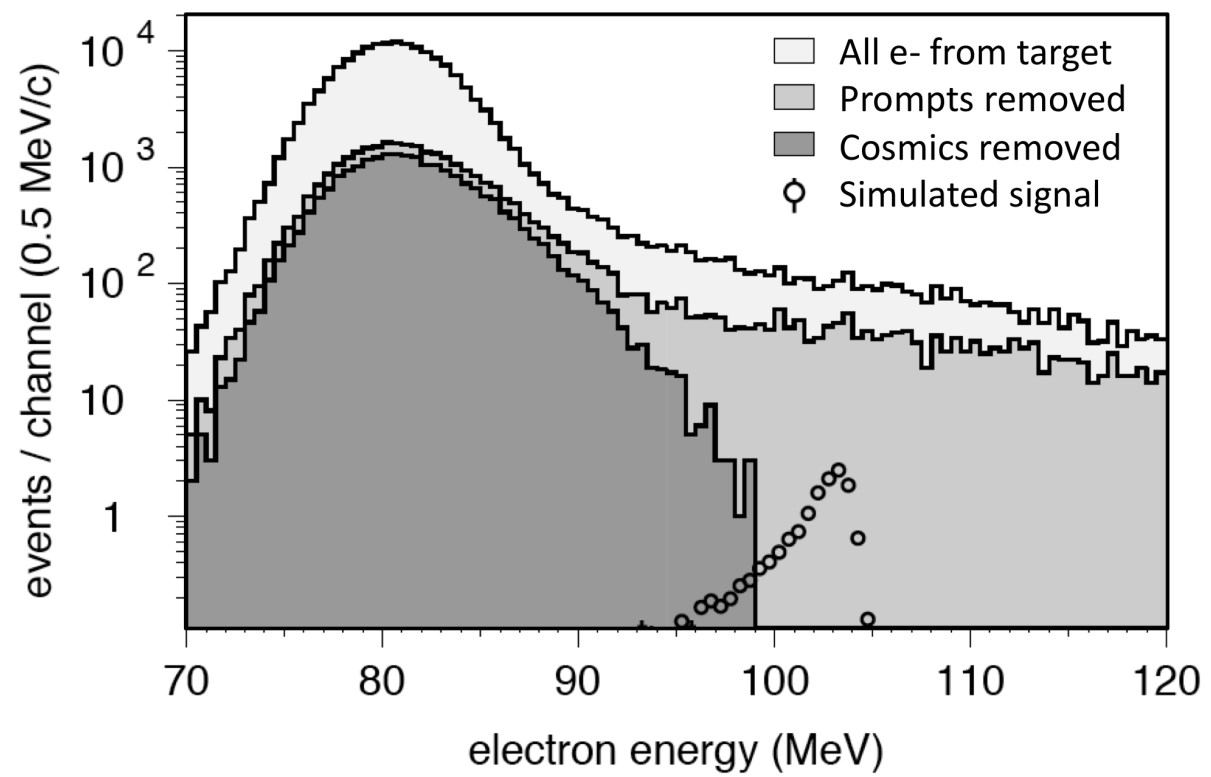 Fig. 1. The electron energy spectrum from the 1993 SINDRUM II experiment using a titanium target. A simulation of the conversion electron signal is shown as circles. Electrons from muon decay in orbit and radiative muon capture processes make up the bulk of the spectrum in dark grey. 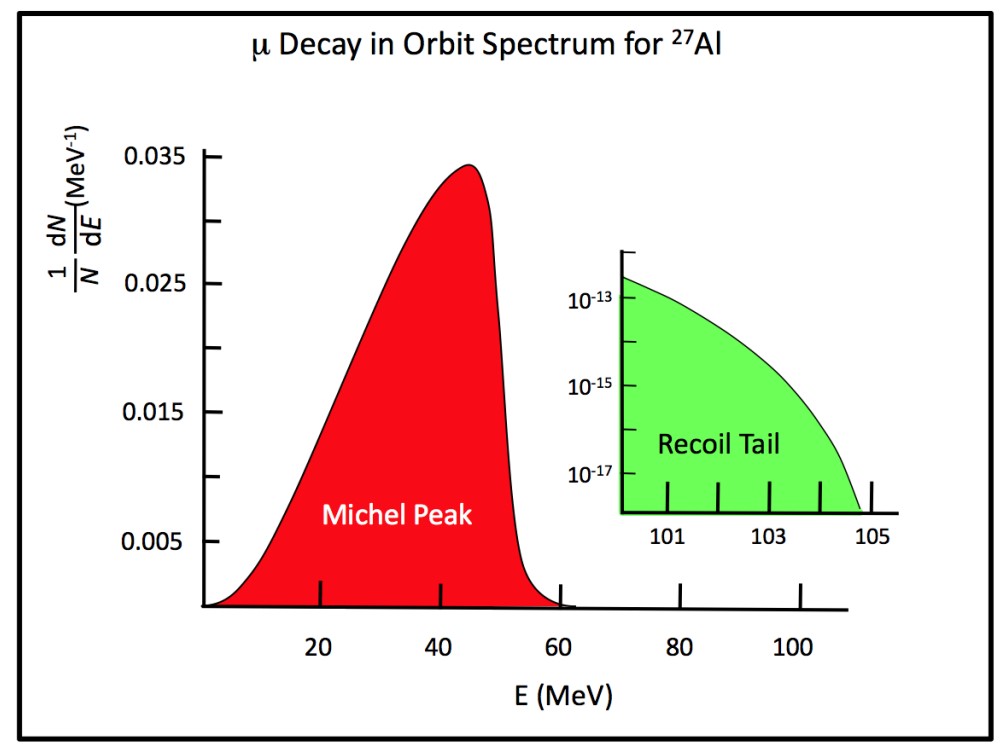 Fig. 2. The electron energy spectrum for muon decay in orbit in aluminum. The tail of the spectrum that extends out to the conversion electron energy (shown larger in green) is due to nuclear recoil, which was calculated in [2].

One of the important background processes to consider is a free muon decay from the 1s state in the aluminum atom, typically referred to as a muon decay in orbit (DIO). Due to interactions with the nucleus, the muon can gain some additional energy and produce electrons with energies near the conversion electron energy, as seen in Fig. 2. We consider the inclusion of a partial Lorentz-violating (LV) term in the DIO process, which may change the shape of its spectrum near the conversion electron energy. An explanation of how this term breaks the Lorentz group is given in [3].

Over the summer, I focused on the effect that the LV term had on the free muon decay, hoping to then extend this to decay in orbit. We started with the Fermi interaction from [2] and added the LV term to get Fig. 3.

Note that the LV term is a four-vector here. We then sum over the muon and electron spins and use trace techniques to obtain the spin-averaged matrix element squared.

The first term comes from free muon decay and the remaining terms are LV contributions. At this point, we move into the center-of-mass frame of reference to calculate these four-vector products. 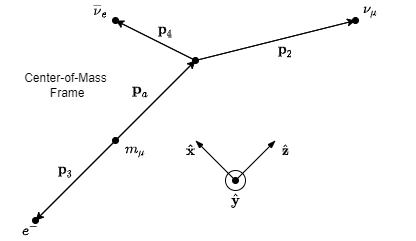 Fig. 4. The center-of-mass frame is used to make our calculations simpler. The decay products are co-planar in this frame, and so the y-axis is chosen to be perpendicular to the plane with the z-axis parallel to p2 + p4. The x-axis is then determined by their cross product.

To ensure that energy and momentum are conserved, we integrate over phase space. This requires we can write the spin-averaged matrix element squared in terms of two independent variables. To do this, we make use of the invariant mass, which is discussed in [4]

This adjusts the free muon decay rate in the following ways for the given choices of the LV term.

The next steps in this project are to extend this analysis to decay in orbit from the 1s state and to find measurements and uncertainties of the LV term.

I would like to thank Dr. Glenn Horton-Smith for mentoring me throughout the summer to make progress on this project. I would also like to thank Dr. Bret Flanders, Dr. Loren Greenman, and Kim Coy for organizing the REU program and inviting me to join. This work was supported under NSF grant no. 175778.